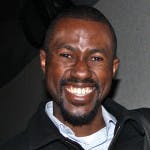 It’s so hard to describe how much I LOVE NY, but not impossible; let me try. I want to become another one of the great NYC stories. I’ve got a good start: from Senegal (West Africa) to Brooklyn (East New York), I’ve continually explored the wonders of my adopted city since 2000. Of course, like any exciting mystery, they didn’t reveal themselves easily but slowly and over time I became aware of the pleasures, sights, sounds, smells, walks, and knowledge of New York. In order to fulfill my never-ending thirst of NY knowledge, I became a licensed sightseeing tour guide in 2008.

As a Senegalese New Yorker and as a tour guide since 2008, I have two missions. One, I wish the world would feel the same way I do every time I look at one of the famous sights on my tour. By giving the best tour I possibly can I know I get closer to that goal. Two, I feel that I owe New York City for the opportunity it has given me and millions of others, and my tours are a token of my appreciation. Everyone visiting the Big Apple should be treated with the same amount of energy it gives us. So get ready to fall in love with NYC!