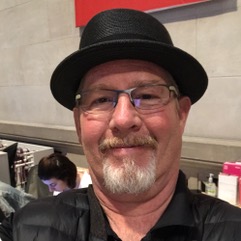 Matthew Cummings is a native New Yorker, born in the economically and culturally challenged district of Far Rockaway, now residing in the far more affluent and elegant area of Forest Hills, Queens.   Between these two poles Matthew has resided in all the city’s five boroughs, in neighborhoods high and low.  Matthew attended the City College of New York – The Harvard of the working class where he earned a Ward Medal in American History.

Having always possessed a love of New York City’s history and lore, it was kismet when the occupation of New York City Tour Guide was suggested to Matthew by a friend. He has since provided tours on foot and mass transit, on double-decker, touring and executive coach buses and luxury SUVs. Matthew tells true and fascinating stories of New York City’s past and more recent history and has garnered rave reviews on travel websites like tripadvisor.com.  He’ll give you something to write home about!