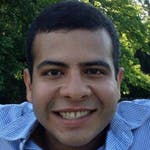 Jose is part of the 36%! 36% of New Yorkers born outside the United States and to him that makes him as authentic New Yorker as you can get.

Jose was born into an all musical family in Guatemala City, and quickly joined his Father’s famous band performing all over Guatemala, Honduras, El Salvador and Southern Mexico. At the same time Jose was following his dream of uncovering the secrets left behind by the Mayan Civilization! Even though his passion for archaeology was intense, he decided to leave school to fully dedicate himself to his musical career and his dream of visiting every continent around the world that has already taken him to over 20 countries. But then… New York happened! In a shape of a beautiful girl from Brooklyn, Jose found his true love.

A couple years later, Jose found himself married and living in Brooklyn. It seemed like the perfect place to keep that musical career going but as serendipitous as it was when he found his true love, the unexpected struck him again, his new career would be making people fall in love with New York as much as he was.

Since that day, Jose has become a student of the city, learning everything he can from its past, engaging in the present and trying to predict the future.

Let him take you around and get contagied with Jose’s love for this city in multiple languages, because Jose speaks English, Spanish, Portuguese and Norwegian!